The ecological damage being done to God’s good creation is an urgent issue facing all of humanity.

The earth’s resources, land, water, and air, as well as its rich diversity of plants and animals, are under increasing stress from unsustainable use, enabled by scientific and technological capabilities that were unthinkable a few generations ago.

The answers to this crisis are not simple or obvious. Those same technologies have given us vastly improved healthcare, lifted millions of people out of poverty, and provided many with meaningful and rewarding careers.

But something needs to change if there is any hope that this current generation is to leave the earth in better shape than we found it. Where can we, as Christians, look for guidance?

One of the key parts of the Lutheran Confessions, the Formula of Concord, begins with the statement: ‘We believe, teach, and confess that the sole rule and standard according to which all dogmas together with all teachers should be estimated and judged are the prophetic and apostolic Scriptures of the Old and of the New Testament alone’. So does Scripture give us any help here?

These relationships start in the creation hymn of Genesis 1, where the triune God is creator, and we humans are identified as part of God’s creation – a creation that is very good. Humanity has a special role in creation: ‘God created humankind in his image’ (v27) and then said to them ‘replenish the earth and subdue it’ (v28).

‘Subdue’ doesn’t sound like a very green relationship with the earth, but we get further explanation in the second creation narrative recorded in Genesis 2. ‘God formed an earthling from the dust of the earth’ (v7), emphasising that our bodies are made from the earth itself, like all the other animals and plants. However, unlike other creatures, our lives and our spirits came directly from God when God ‘breathed into his nostrils the breath of life’ (v7). We also get more information about what ‘subdue’ means when Genesis 2 tells us that the earthling was placed ‘in the garden to work it and to take care of it’ (v15). So right from the beginning we are intimately linked both to God and to the earth. We are inseparably part of one great and good creation, but we also have a special role to care for that creation.

When we look at the Bible through ecological eyes, even familiar stories give new insights. In the parable of the Good Samaritan (Luke 10), instead of a wounded traveller, we can see a wounded earth, stripped of its clothes and left half dead. Surely, loving our neighbour as ourselves includes actively caring for a wounded creation. Or are we like the priest and the Levite, too busy or too holy to help a groaning world? It is not enough to blame others for today’s ecological damage; we are called to actively care for creation.

Looking at the parable of the Prodigal Son gives us even more insight. God’s good creation is an inheritance that has been given to us to care for and to pass on to future generations. But instead, it seems that our generation has ‘squandered [its] wealth in wild living’ (Luke 15:13). But this parable also gives us hope. For the prodigal son, it was a famine that brought him to his senses. For us, we need to open our ecological eyes to the current state of creation.

But rather than despair at the state of the world, we Christians can hope. As the prodigal son repents and returns to his father, so we can acknowledge that we are living beyond earth’s capacity to sustain our current lifestyle, and turn in repentance to a loving and always forgiving father.

Neil Bergmann worships at Our Saviour Lutheran Church at Rochedale in suburban Brisbane. He joined the LCA’s Commission on Social and Bioethical Questions’ Environmental Action Working Group because he has hopes for a higher profile for environmental issues within the church.

This feature story comes from the October 2018 edition of The Lutheran. 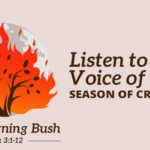 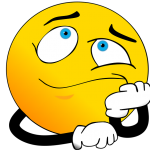 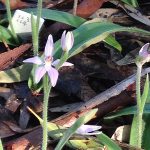 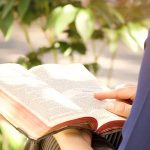 Dwelling in God’s word: A study on being stewards of creation